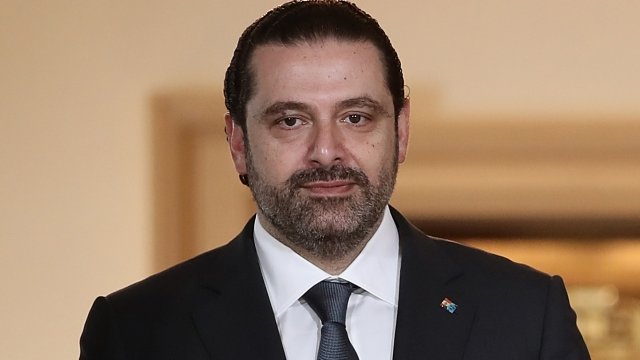 Saad al-Hariri gave a televised statement on pan-Arab station Al Arabiya on Saturday. He claimed Iran was interfering with affairs in other Arab states with help from Hezbollah, a Shiite political party and paramilitary force that holds seats in Lebanon's government.

Al-Hariri compared the current political climate to the one in 2005, when his father, Rafik al-Hariri, was assassinated.

Saad al-Hariri is a Sunni Muslim and is allied with Saudi Arabia, a Sunni nation. Iran and Hezbollah are both Shiite forces in the Muslim world.

Officials from both Syria and its ally Russia have said the attack was a fabrication.

Iran and Saudi Arabia have a history of tense relations and engagement in proxy conflicts.

It isn't clear who will succeed al-Hariri.

Lebanese President Michel Aoun, a Hezbollah ally, said he would wait for al-Hariri to return to Lebanon to clarify his situation before moving ahead with finding a replacement.