Lebanon Military Gets $3B From Saudi Arabia 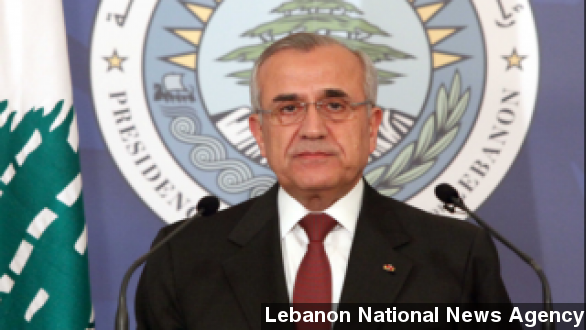 Lebanon's president Michel Suleiman announced the gift Sunday after wrapping up a visit to Saudi Arabia. Suleiman called the aid package "the largest in the history of Lebanon." (Via Lebanon National News Agency)

He also indicated a significant portion of the grant would be spent on purchasing modern weapons from France. In a separate press conference, French president Francois Hollande said his country would welcome the deal. (Via Présidence de la République)

Saudi Arabia's decision to arm Lebanon comes at a tumultuous time in Lebanese history. The country still bears scars from its fifteen-year civil war, and some of those old wounds might be reopening.

Just two days ago a car bomb exploded in Lebanon's capital Beirut, killing 7 people. Among the dead was the country's former ambassador to the U.S. Mohammed Chatah. (Via BBC)

During his funeral, Chatah's supporters blamed the Shi'ite militia Hezbollah for the bombing. Chatah was a member of the March 14 alliance, an anti-Hezbollah group within the country. (Via Al Jazeera)

Violence between Lebanon's Shi'ite and Sunni Muslims has been on the rise, and The Guardian writes the civil war in neighboring Syria is to blame. "That conflict has deeply divided Lebanon along sectarian lines, and paralysed the country's ramshackle political system to the point that it has been stuck with a weak and ineffectual caretaker government since April."

As sectarian tensions worsen in Lebanon, a CNN reporter suggests Saudi Arabia is trying to tip the balance of power in their favor with this latest contribution.

"Bit of a sectarian move by the Saudis to sort of punish their rivals in Iran for their backing of Hezbollah. ... A lot of people see it as forming a more sectarian Sunni army to confront Hezbollah itself."

And Lebanon's problems don't stop at the country's borders. Earlier in the day rockets were fired from inside the country at neighboring Israel, sparking retaliation and endangering the fragile peace treaty between those two countries.