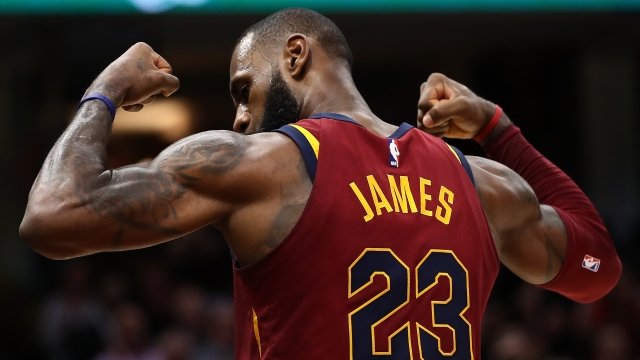 The NBA star's agency confirmed Sunday he has agreed to a four-year, $154 million contract with the Lakers.

LeBron James is heading to the West Coast.

The NBA star's agency confirmed Sunday he has agreed to a four-year, $154 million contract with the Los Angeles Lakers.

This is the second time James has left his hometown team, the Cleveland Cavaliers. He ditched the Cavs for the Miami Heat back in 2010.

James helped lead the Cavaliers to an NBA Championship victory in 2016, giving the city of Cleveland its first major sports win in more than 50 years.

And LA fans hope he can help make their championship dreams come true, too. The Lakers haven't made the playoffs in five years.