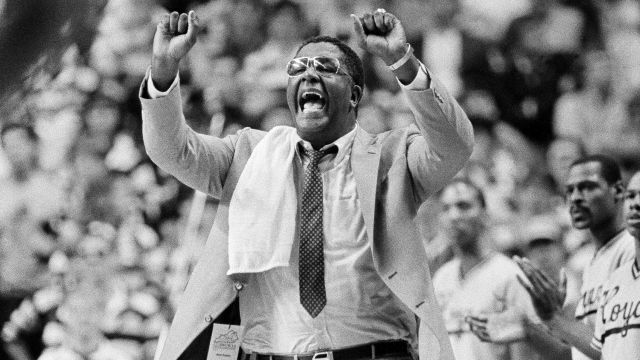 Thompson's family announced his death in statement Monday, but provided no cause. He'd been battling multiple health issues.

Thompson led Georgetown to its first NCAA title in 1984. He was the first African American coach to win the National Championship.

Thompson retired from coaching in 1999. He would see both his son, John Thompson III and former star player Patrick Ewing follow in his footsteps as head coaches at Georgetown. Neither matched his success, as he led the Hoyas to a National Championship and three Final Fours. Thompson's teams made the NCAA Tournament in 20 of his 27 seasons in charge, and 14 of those appearances were consecutive.

Thompson's family announced his death in a statement Monday, but provided no cause. He'd been battling multiple health issues.