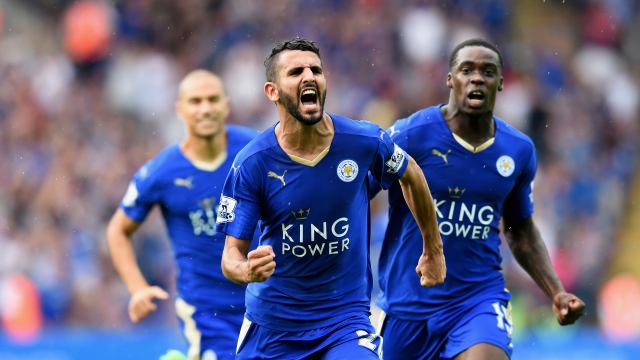 Leicester City clinched its first top-flight title on Monday, making it possibly the biggest underdog to ever win a major team championship.

On Monday, Leicester City Football Club became the most surprising champion in the history of team sports.

There are no playoffs in soccer, so Leicester was able to clinch the British Premier League title when second-place Tottenham drew against Chelsea. It’s safe to say their fans were pretty happy about that.

The story of Leicester's dream season is almost unbelievable. Most experts picked Leicester to finish near the bottom of the league and be relegated to the second tier of English soccer.

The team came into the season with 5,000-1 odds of winning the title. To give you some perspective, the lowly Cleveland Browns are only 200-1 to win the 2017 Super Bowl.

The Foxes dominated the Premier League by leaning on breakout superstars Riyad Mahrez and Jamie Vardy and won the first top-flight championship in the club’s 132-year history. And you thought Chicago Cubs fans had it rough.

The team happened to clinch the win on a bank holiday in England, making it even sweeter for Leicester City fans. Most supporters got the entire day off to watch Tottenham vs. Chelsea, then to celebrate.

Not to be outdone, Leicester City defender Christian Fuchs tweeted this video of the players’ reactions the moment they clinched the improbable title.

This video includes clips from NBC Sports, CNN and Twitter and images from Getty Images.