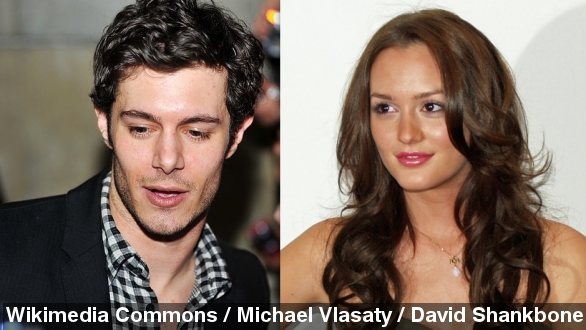 All of our preteen dreams are coming true: Leighton Meester and Adam Brody are getting hitched.

All of our preteen dreams are coming true — Leighton Meester and Adam Brody are reportedly getting hitched.

Sources confirmed to People Wednesday the notoriously shy couple is getting ready to head down the aisle sometime next year.

According to Wonderwall, Brody popped the question this fall after less than a year of dating, and a source says they celebrated their engagement earlier this month with family and close friends.

"The O.C." actor and "Gossip Girl" actress are reportedly planning on getting married sometime next year, and southern California is apparently one of the locales on their list.

The lovebirds met on the set of the 2011 flick "The Oranges," but sources say they didn't start "hanging out" until early 2013. (Via Likely Story / "The Oranges")

And they've kept their relationship quiet ever since. The two rarely comment on their status, but they have been spotted together during a handful of low-key appearances. (Via Daily Mail)

And Meester sounded pretty smitten during a rare interview with Lucky magazine last year. She gushed, "I love love. It's the most intriguing universally understood emotion."

But they'll be seen together a lot more in the near future. Both Brody and Meester are working on "Life Partners," a comedy flick expected to be released in 2014. This would be both of their first marriages.