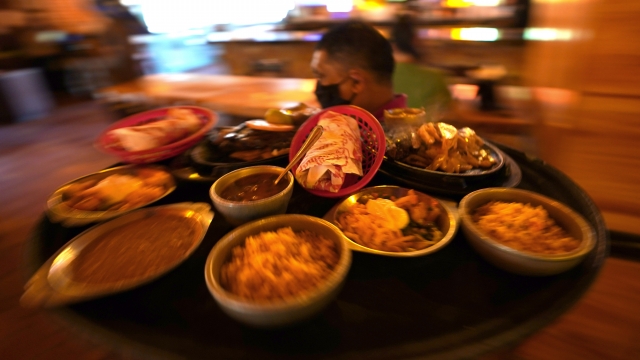 It was the hardest-hit sector last month, with food service workers being impacted the most.

The Labor Department's latest jobs report shows April was a historically devastating month for American workers, with 20.5 million jobs lost. For perspective — jobs fell by less than 1 million in March.

The report, released Friday morning, shows the unemployment rate rose to a historic 14.7%. That's up from 4.4% in March and the highest rate since the Great Depression.

Overall, the average hourly wage for workers increased by about a dollar an hour. This likely reflects the fact that most lost jobs were among lower-paid workers.

The hardest-hit sector was leisure and hospitality, losing almost half its jobs in April. About three-fourths of lost jobs in that sector were food service jobs with an increase of 5.5 million newly unemployed. Over a million arts, entertainment and recreation workers and more than 800,000 accommodation workers lost jobs as well.

The next-hardest-hit sector was education and health services. Social assistance — which largely consists of child care — lost over 600,000 jobs. The most-impacted health care workers were dentists, with about half a million jobs lost.

Other sectors hit with a loss of more than 2 million jobs each were professional and business services and retail. Both temp workers and clothing store workers lost hundreds of thousands of jobs.

It's important to note that even with these high jobless numbers, they still probably don't represent the full impact of the coronavirus pandemic — it doesn't count people who have had their pay reduced or lost hours.

Correction: A previous version of this story included incorrect information about March's unemployment rate. This story has been updated.