Lethal Injections Are Now Much Harder To Carry Out, Thanks To Pfizer 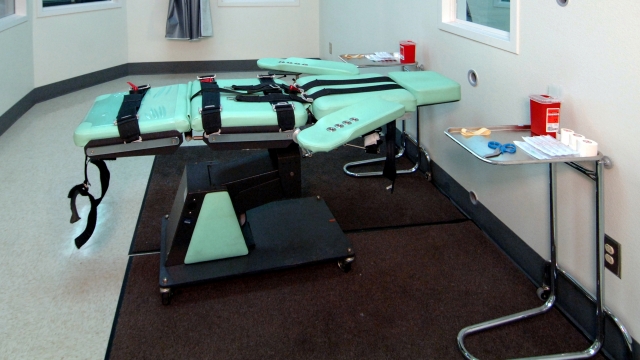 A spokesman for Reprieve, a human rights advocacy group, says this move means every manufacturer of government-approved drugs used for lethal injections won't sell them for use in executions.

Pfizer said in a statement: "Pfizer makes its products to enhance and save the lives of the patients we serve. ... Pfizer strongly objects to the use of its products as lethal injections for capital punishment."

The company is placing restrictions on seven drugs commonly used to create the cocktail used in injections. The products will still be sold, but buyers must agree to not resell them or use them for punishment.

Some states have looked for alternative drugs to carry out the death penalty, but many say those efforts led to botched executions.

Joseph Wood, who was sentenced to death in Arizona, snorted and gasped for air for nearly two hours after being injected, and Clayton Lockett lived for 43 minutes before succumbing to a heart attack in Oklahoma.

Death penalty advocates accuse Pfizer of caving to special interest groups, but The New York Times reports the company was also facing pressure from shareholders, not just advocacy groups, to distance itself from the products.

Many said a company that makes drugs to heal people shouldn't be providing drugs for executions or run the risk of being associated with a botched execution.