Edith Windsor, Who Sued For Marriage Equality, Dies At 88 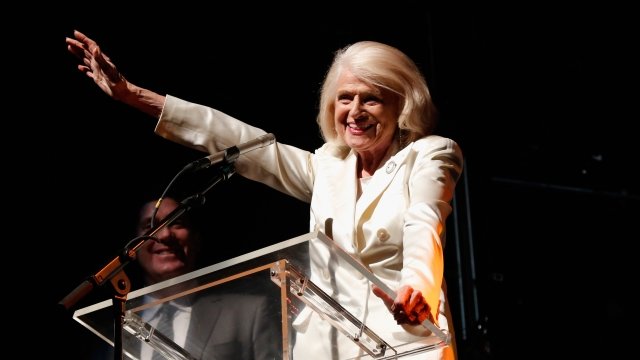 Windsor sued the U.S. government for discrimination after facing heavy taxes on the estate of her deceased wife.

Edith Windsor, the activist whose Supreme Court case led to federal recognition of same-sex marriages, has died. She was 88.

Windsor met her longtime partner Thea Spyer in 1963 — the two were later legally married in Canada in 2007.

Spyer died in the U.S. two years later, and unlike most married couples under U.S. law, Windsor had to pay taxes on Spyer's estate to the tune of over $350,000. She sued for discrimination.

The Supreme Court ruled with Windsor in 2013, striking down the federal government's definition of marriage as between a man and a woman. The ruling only applied to 13 states and the District of Columbia, but it set the stage for a broader nationwide ruling in 2015.

Windsor remarried in 2016 and is survived by her wife, Judith Kasen-Windsor.