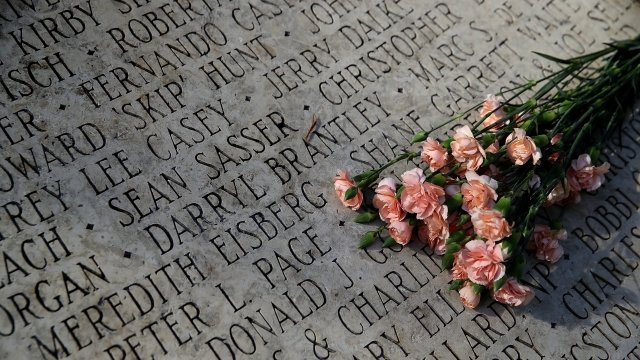 President Trump's statement didn't specify the demographics most affected by HIV in the U.S.

This is because, unlike former presidents Barack Obama and Bill Clinton, Trump didn't mention one of the demographics most affected by the disease: the LGBTQ community.

When asked why, the White House press secretary's office told The Daily Beast: "HIV/AIDS afflicts people of all types."

30 Years Ago, The FDA Approved The First AIDS Treatment

AZT was the first drug approved to treat AIDS.

Trump then said he would continue investing in testing initiatives and strategies for epidemic control. His administration, however, doesn't really have the best track record with the health issue.

Earlier this year, six people resigned from the Presidential Advisory Council on HIV/AIDS. In an open letter published in Newsweek, they said they left because the president "simply does not care."