Liam Neeson Retires From Playing The Same Role, Over And Over 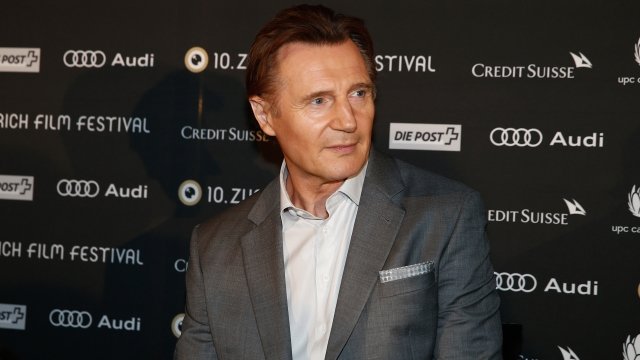 The Irish actor says he's done being an action star.

These days, the name Liam Neeson is practically synonymous with the words "action star."

But maybe not for much longer. Neeson said he's retiring from action and thriller movies.

The Irish actor cited his age as the contributing factor, saying, "They're still throwing serious money at me to do that stuff. I'm like: 'Guys I'm sixty-f******-five.' Audiences are eventually going to go: 'Come on.'"

If Neeson's recent career decision has you shaking your head, you're probably not alone.

For the past decade, we've watched Neeson kick ass on the ground, on water and even on a plane — all while playing variations of the same role: a trained killer on some sort of rescue mission.

He's also been in blockbuster action films like "Star Wars: Episode I - The Phantom Menace" and "Batman Begins."

'Hellboy' Reboot Might Have Found Its Ed Skrein Replacement

He starred in the Oscar-winning Holocaust film "Schindler's List." And hitting theaters this month, he portrays Watergate leaker "Deep Throat" in "Mark Felt: The Man Who Brought Down the White House."

But if those serious acting gigs don't work out, I don't think anyone would say "no" to another "Love Actually."