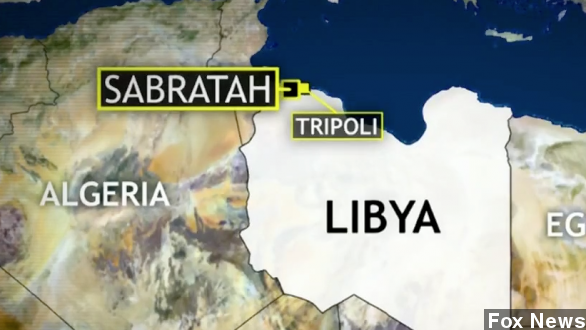 Four U.S. military personnel were detained for several hours by Libyan authorities before being released, according to the U.S. Defense Department.

​Four U.S. military personnel detained by authorities in Libya have been released, according to the U.S. Defense Department.

The four, who have not been identified, were operating near Sabratah, reportedly scouting out possible evacuation routes for diplomats, when they were stopped by Libyan officials.

An altercation then allegedly took place that may have involved gunfire, but those reports have not been confirmed. Once detained, U.S. officials say the personnel were held by Libya's interior ministry for several hours until being released late Friday.

t's not clear at this point if Libyan officials have provided an explanation for why the four were detained, and a U.S. State Department official told the press: “We are still trying to ascertain the facts of the incident.” (Via The Wall Street Journal)

The Washington Post explains the situation was brought to the attention of U.S. officials after passport photos of two American men described as "Libyan government detainees" surfaced on social media.

"Another photo, of blue U.S. Embassy badges with matching names, was circulated on Twitter. A third photo posted on social media showed the men sitting on a torn-up black sofa, looking dour."

CNN notes the detentions come after the U.S. announced in November it would be increasing military support for Libya's struggling security forces.

Libya has been gripped by increasing militia violence and political assassinations since the overthrow of former leader Moammar Gaddafi two years ago, with the latest news underpinning the increased danger U.S. forces face in the country.

U.S. officials have not yet said how they were able to secure the four Americans' release.