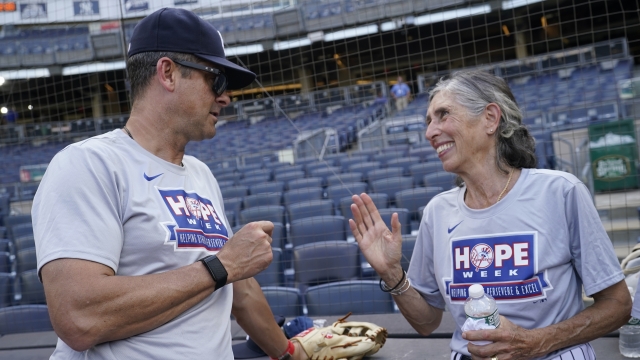 When Goldman was 10, she wrote to the team wanting to be a bat girl. But was rejected because she was a girl.

Seventy-year-old Gwen Goldman said: "Amazing, a dream come true of 60 years. Here in Yankee stadium, in the dugout. Pinch me to make sure I'm really not dreaming, that this is a reality."

When Goldman was 10, she wrote to the team wanting to be a bat girl -- but was rejected because she was a girl.

Recently, Goldman's family reached out to the Yankees to see if they could make it happen now.

So Monday night, she suited up and was the team's honorary bat girl – even getting to throw out the ceremonial first pitch.