Like 'Dying A Hundred Deaths A Day': A Glimpse Inside Syrian Prisons 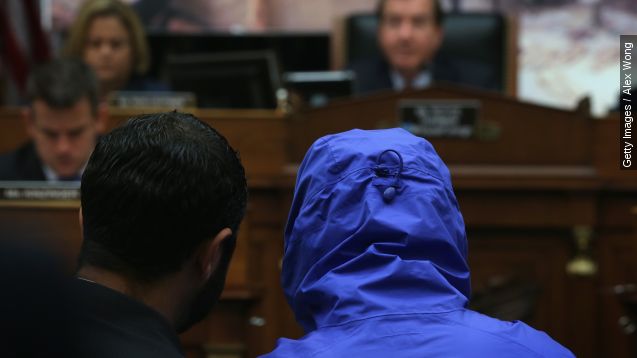 “At least in an attack, a rocket comes, and you die. You're not tortured. Detainees die a hundred deaths a day,” a former detainee told Human Rights Watch.

Human Rights Watch has released a report detailing the torture and deaths of those in Syrian government custody.

It’s … graphic. That’s because it uses torture photos leaked by a man known only as Caesar.

Caesar, previously a military photographer for the regime, leaked more than 50,000 photographs. A little over half were of people who died while they were detained by the government.

Syrian President Bashar al-Assad brushed aside the authenticity of the photos in a January interview with Foreign Policy.

The 86-page report is thorough. Among those interviewed were 37 former detainees, 27 family members of detainees and four defectors who worked at detention centers or military hospitals.

Enforced disappearances, overcrowded cells, unhygienic conditions, chronic diseases, starvation, a lack of medical attention and extortion were all documented in the report.