Like Her Husband, Melania Trump Doesn't Seem To Love The Media 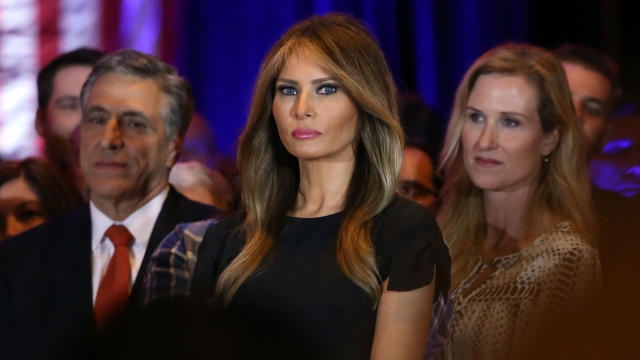 The billionaire's wife is trashing a GQ profile written about her.

It seems like Melania and Donald Trump really are meant for each other. They both have big beef with the media.

The billionaire's wife is pretty pissed at GQ Magazine for its recent profile of her. Imitating her husband's media bashing, Melania criticized the magazine's choice to discuss her family and her skin care line. Melania said the writer "clearly had an agenda when going after my family."

The article is not that different from any other piece on a presidential front-runner's spouse. There's background on where she grew up, quotes from friends and her husband and some info about her business dealings.

However, Melania's complaints are a reminder of how much scrutiny the spouses of presidential candidates have always and will continue to face. The extra scrutiny is probably an unpleasant surprise for Melania, who likely didn't expect to be married to a politician.

Melania just recently joined her husband on the campaign trail in April, something that was seen as a way to soften Trump's image with women. And she doesn't seem to have any political aspirations of her own. She told GQ, "I chose not to go into politics and policy. Those policies are my husband's job."

Though she hasn't been that specific about what she would take on as first lady, Melania has said she would be more "traditional," drawing inspiration from Jackie Kennedy.