Lil Wayne Is In 'Good Spirits' After Suffering A Seizure 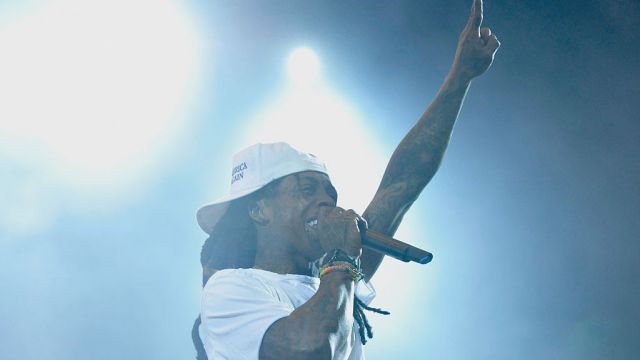 The rapper, born Dwayne Carter, has suffered at least four highly publicized seizures in the past four years.

Lil Wayne is in "good spirits" after suffering a seizure during a cross-country flight Monday afternoon.

The 33-year-old rapper, born Dwayne Carter, was treated at a hospital in Omaha, Nebraska, after his jet made an emergency stop en route from Milwaukee to California.

The plane took off but landed again after the pilot declared another medical emergency. Carter was then taken to a local hospital.

Reps for the rapper told Mashable he suffered "a minor seizure" but didn't confirm reports of multiple seizures.

The rep said: "Under the guidance of his own doctors, he is now in stable condition and good spirits. He thanks his fans for their everlasting support, prayers and well wishes."

Carter has suffered at least four highly publicized seizures in the past four years, including two life-threatening episodes in March 2013.

"I could've died," Carter said in an interview after the 2013 scare. He then revealed he's epileptic and prone to seizures.

Carter said: "I've had a bunch of seizures. Ya'll just never hear about them."

Carter blamed past seizures on being stressed and overworked, denying rumors that drug use triggered the episodes.