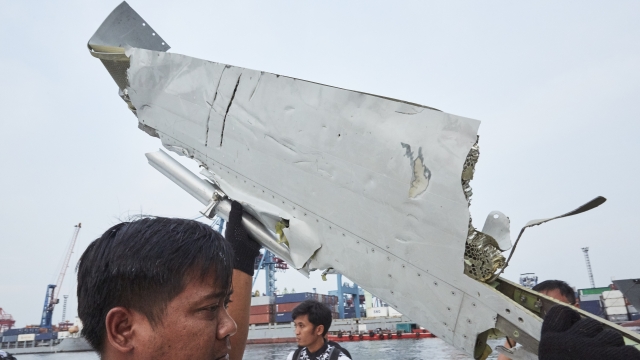 Anonymous sources told Reuters the pilots looked through the plane's manual to try to troubleshoot the problem.

Recordings from a Lion Air plane that crashed in October indicate the pilots were frantically trying to figure out what was wrong.

The cockpit voice recording hasn't been made public yet. But three anonymous sources told Reuters the pilots couldn't figure out why the plane was lurching downward before it crashed into the water.

The captain and first officer looked through a handbook to try to troubleshoot the issues. One source said the two only talked about airspeed and altitude problems. But a computer system that helps the plane fly straight and level was a key part of what caused the crash.

The new information increases questions about why the plane was still in the air and communication between different crews. The evening before the crash, a different crew on the same plane had a similar issue. They were able to correct it during flight, but they didn't pass that information along to the next crew.

The investigation into the crash, which killed all 189 people on board, is still ongoing.