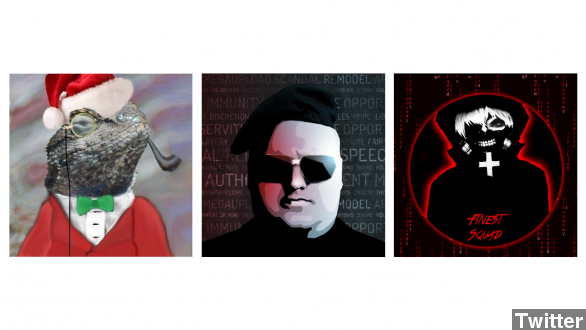 The notorious Lizard Squad hacker collective has taken credit for taking down both Xbox Live and Playstation Network on Christmas day.

Sony’s got to be sick and tired of hackers by now. A group that calls itself the “Lizard Squad” is claiming responsibility for bringing down Sony’s Playstation Network and Microsoft’s Xbox Live over Christmas day.

Both Sony and Microsoft let their customers know that their networks were having some issues and that users may have trouble logging on. They did not give a reason for the downtime.

Christmas is an especially bad time for both networks to go down as all of the folks opening brand new Playstation 4 and Xbox One systems in the morning wouldn’t be able to get too far in setting their online accounts. (Videos via YouTube / Anthony Vessicchio, IGN)

The notoriously prankstery Lizard Squad claimed they were responsible for the networks' downtime over Twitter. Where some groups hack to steal data, this group simply hacks to disrupt as many people as possible.

But there was another hacking group involved here, The Finest. Arguably the good guys in this situation, The Finest claimed to have dug up IP addresses being used by the Lizard Squad to perform denial-of-service attacks.

It may not have been The Finest that ultimately put an end to the gaming mayhem, though. An unexpected negotiator appeared during the Christmas evening. A man whose own Xbox Live experience was interrupted by the DDoS attacks — Kim Dotcom.

Probably best known for his arrest in New Zealand in 2012 and for setting up the country’s “Internet Freedom” party, Kim says he managed to broker a deal with the Lizard Squad.

In return for them stopping the attacks, Dotcom would give them 3,000 vouchers for his storage site Mega and 500GB of storage free for life for as long as the group stayed away from the gaming networks.

Lizard Squad then claimed to have stopped its DDoS attacks. Still, while Xbox Live’s support page says the network is up and running, Playstation’s still said it was offline as of early Friday morning.

So did Kim Dotcom save Christmas for gamers? Maybe. A writer for Gizmodo is skeptical, though, saying the whole thing "looks almost a little too planned and perfect."

So far, neither Sony nor Microsoft have commented on the outages.