Why MLB TV Ratings Aren't As Bad As You Think 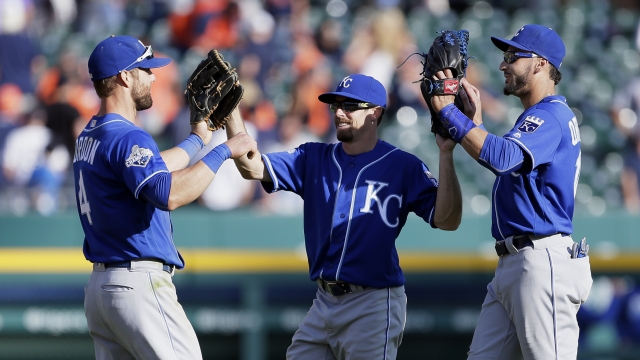 It's true that World Series ratings are dropping, but they don't tell the whole story.

"No one watches baseball anymore." That's something you might have heard recently if you're an MLB fan, especially one who uses Twitter. But the truth is, it depends on how you look at it.

It's clear national baseball ratings are declining. TV ratings for the World Series have dropped steadily over the past few decades, but those are just a few games out of the season.

Most MLB games are broadcast locally — so just in the markets of the two teams involved. And in those markets, games are doing really well.

According to Forbes, nine of the 29 American teams finished first in their home market in 2016, and more than half of them cracked the top three.

Kansas City had the best numbers of all. Regular-season Royals games actually had better ratings than last year's World Series did nationally — which is pretty remarkable, considering that's over a 162-game regular season.

So, just because folks aren't watching the biggest games of the year as much as they used to doesn't mean they're not watching baseball. It just means fans are less likely to watch games where they can't cheer on their favorite team.