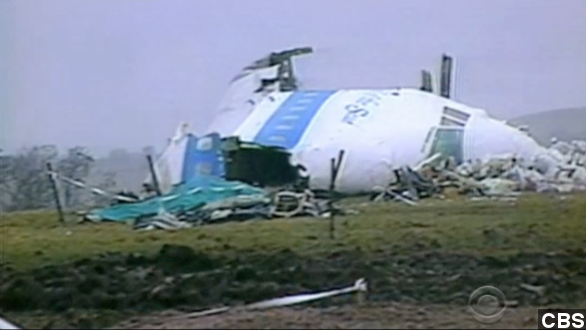 Twenty-five years after 270 people died in a plane bombing over Scotland, U.S. and U.K. investigators are still seeking answers about what happened.

Saturday marks the 25th anniversary of the Lockerbie bombing, and as services in the U.S., England and Scotland are set to commemorate those who were lost, the truth behind the 1988 bombing might never be known.

Twenty-five years ago, Pan Am Flight 103 was on its way from London to New York City when a bomb exploded, killing all 259 people onboard. Eleven more were killed on the ground when the wreckage from the plane rained down on Lockerbie in southwest Scotland.

Most of the fatalities were American and British. It was the deadliest such attack on U.S. citizens before 9/11 and remains the deadliest attack ever on British soil. Today, an investigation into who was responsible for the bombing continues. (Via CNN)

CIA analysts were able to use a small fragment of debris from the bomb to determine that it originated in Libya.

​​Two Libyan men were arrested in connection to the bombing, but only one was convicted. That man was Abdelbaset al-Megrahi, a Libyan intelligence officer. He always denied he played any role in the bombing. (Via ITN)

He was released from prison in 2009 after it was discovered he had cancer that was terminal. He died at his home in Tripoli last year. (Via The Telegraph)

His brother told the BBC Friday that the Megrahi family plans to appeal his conviction. He explained that if his brother was involved, it would be because former Libyan leader Muammar Gaddafi demanded it.

"It's possible that he was used because the Gaddafi regime used to use any Libyan.​ In truth Libya was like a farm for Gaddafi and his sons and as Libyan nationals, we were like slaves — we couldn't say 'no'. We couldn't, this is the truth."

The man who led the investigation for the U.S., former FBI Director Robert Mueller, told CBS, "This is a case that needs further investigation, and … there are a number of people that we are still seeking."

Mueller has since retired but explains that others who helped carry out the attack may still be out there. (Via Sky News)

Bagpipes played in the town of Lockerbie Saturday as families of the victims gathered to remember their loved ones.