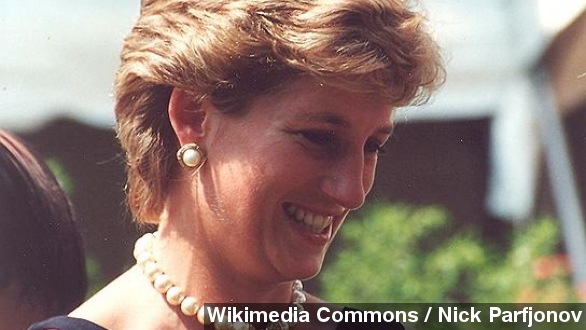 More than 16 years after Princess Diana was killed in a Paris car crash, British police say they've put claims that the princess was murdered to rest.

More than 16 years after Princess Diana was killed in a Paris car crash, British police say they have put theories that she was murdered to rest.

London's Metropolitan Police announced Monday there is "no credible evidence" to support claims that a member of the British military was involved in the deaths of Diana, her boyfriend Dodi Fayed and their driver Henri Paul. (Via YouTube / The Royal Family Channel)

According to Sky News, the assistant commissioner wrote in a letter, "Having reviewed the exercise and its findings, I am satisfied that there is no evidential basis upon which therefore to re-open any criminal homicide investigation or refer the matter back to the coroner."

Police began an investigation back in August after getting word that alleged members or former members of Britain's elite Special Air Service were somehow involved in the fatal crash.

But after a three-month "scoping" exercise during which the Metropolitan Police joined forces with the Royal Military Police, the Ministry of Defense and several other police departments to investigate the claims, authorities said it is "not possible to prove conclusively" if the claims were based on fact. (Via Fox News)

In 2008, investigators concluded Paul was driving drunk, speeding and being recklessly chased by paparazzi when the crash occurred. But that hasn't stopped conspiracy theories and other rumors from surfacing ever since. (Via The Guardian)

According to CNN, this new theory is believed to have first been sent to the military then to London police by the in-laws of a special forces sniper after his marriage had ended.

British newspaper Sunday People said it had seen a seven-page letter from the in laws accusing the sniper had told his wife his unit was responsible for the deaths. (Via Daily Mirror)

But the finer details, like the soldier's name or a source for the information, weren't released.

Princess Diana left behind two children, Prince William and Prince Harry. More than two billion people around the world tuned in to watch the broadcast of her funeral. (Via BBC)