Looking at Young Voter Turnout in the 2020 Election 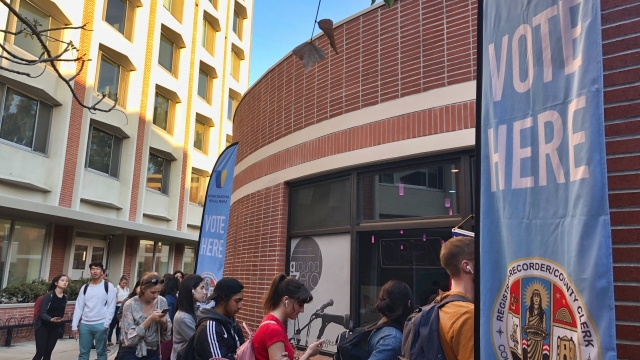 So far in the 2020 race, Joe Biden has amassed a delegate lead without much support from younger voters, who largely back Bernie Sanders.

"We have not done as well in bringing young people into the political process," said Sen. Bernie Sanders. "It is not easy."

Democratic presidential candidate Bernie Sanders may have a point, according to findings from one research center.

“Generally speaking, young people aren’t paying attention to primaries," said Kei Kawashima-Ginsberg, the director of Tufts University's Center for Information and Research on Civic Learning and Engagement. "To be honest, the turnout in primaries are never really above 20%. If you count one party’s primaries, it’s always lower than the general election, and it’s often lower than midterm participation.”

She said this year’s youth turnout has been pretty much on par with previous primaries. But 2020 rates have varied widely state-to-state among voters between the ages of 17 to 29. According to her team’s data, Super Tuesday rates clocked in as high as 19 percent in Massachusetts and Minnesota, and as low as 5 percent in Tennessee. Kawashima-Ginsberg suggests that young people need to be engaged with the political process earlier to boost those numbers.

“We can’t just talk to people a month before primaries, or even worse, a month before the general election to say ‘you should come to vote,’” she said.

But if young people want candidates to engage them, they'll have to show they're willing to turn up at the polls -- like they did in the 2018 midterms when Democrats took back the House. Democrats are hopeful the same push will help them win back the White House. Joe Biden has amassed a delegate lead without much support from younger voters -- who largely back Sanders. But with more primary contests looming, Kawashima-Ginsberg says she’ll be watching to see if the former vice president’s growing national support emboldens more moderate young voters to turn out for him at the polls.