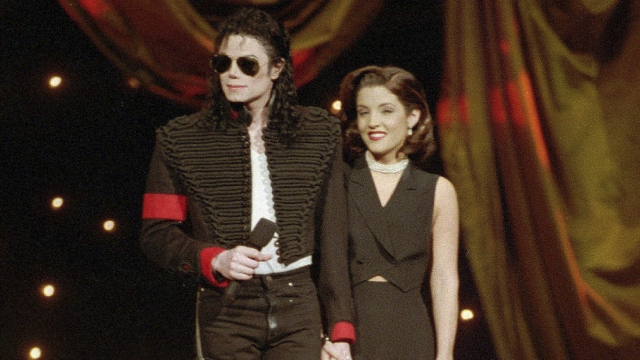 Elvis Presley was the king of rock and roll and Lisa Marie was his princess. His only daughter, born in 1968, was just nine years old when he died. She grew up to have her own career in music, but never wavered as the keeper of her superstar-father’s legacy. Earlier this month she returned to Graceland — the family home in Memphis — celebrating his birthday with fans.

"Today he would have been 88 years old. It's hard to believe and I think that he would be proud," Lisa Marie Presley said.

Lisa Marie Presley’s life was a complicated mix of fame, tragedy and rebellion — a lot like her dad’s.

"He was a little bit rebellious because he had to be in order to do what he did the way he did it. And I think that he would have understood me trying to find my place," Lisa Marie Presley said.

Her four marriages and struggles with drugs frequently put Presley under a harsh spotlight. In 1994 she married pop star Michael Jackson. They divorced in 1996. Presley’s marriage to actor Nicholas Cage in 2002 lasted three months.

She had four children. Her son Benjamin Keough took his own life in 2020. She wrote about grief in an August essay for People magazine, writing "nothing, absolutely nothing takes away the pain, but finding support can sometimes help you feel a little bit less alone."

Her final public appearance was Tuesday, walking the red carpet at the Golden Globe Awards, praising the Baz Luhrman film "Elvis" that stars Austin Butler as her dad.

"I was mind-blown, truly. I actually had to take like five days to process it (on cam) because it was so spot on and authentic," Lisa Marie Presley said.

Presley died after an apparent heart attack. Her mother Priscilla said her daughter "was the most passionate, strong and loving woman I have ever known."

She will be buried at Graceland near her son and father. Lisa Marie Presley was 54.