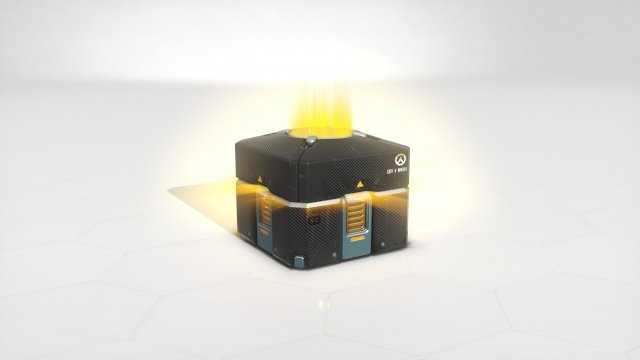 Loot boxes meet the same "psychological criteria" that gambling does, and they're only getting more popular.

More and more these days, video games are coming with an extra game of chance built in. Whether it looks like a crate, a suitcase or a deck of cards on your screen, the principle is the same: You can pay real-world money to collect in-game items through loot boxes.

These boxes reward cosmetics, in-game currencies or, in some cases that gamers famously find distasteful, power-ups that give you an advantage over other players. It's all random. You can "lose" by receiving duplicate or low-quality items. And in some cases, you can even cash out whatever you win for real money again.

That sounds a lot like gambling. And new research from psychologists in New Zealand suggests it's psychologically indistinguishable: Loot boxes have the same effect on the brain as a slot machine.

Almost half of the loot box systems studied fit "all the structural and psychological criteria" for gambling: People tend to keep playing because the next payout could be the big one. This behavior becomes persistent quickly, and adolescent gamers are at even more risk because they don't have the same impulse control as mature adults.

These loot boxes are showing up in more games than ever, too. Researchers counted more games with some kind of random reward system released in the last two years than there were in the decade before.

Some states are now proposing regulations. At least one senator thinks the Federal Trade Commission should get involved. Some European officials have called for a common set of EU-wide rules. Game makers publishing in China have to disclose their loot box reward odds.

Unless the U.S. market gets new laws itself, the New Zealand researchers recommend more warning labels or age restrictions for games that include loot box mechanics.

Because loot boxes probably aren't going anywhere — they bring in a lot of extra money for game developers. The gaming industry is projected to grow by about $43 billion in the next few years, and loot boxes are expected to play a big part in that increase.