The Los Angeles Teachers Strike Is Officially Over 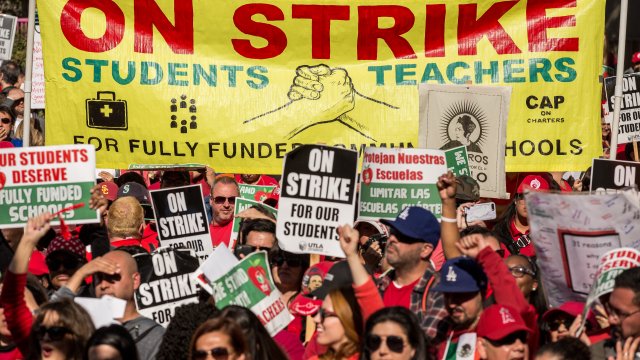 United Teachers Los Angeles said its members showed overwhelming support for an agreement the union made with the Los Angeles Unified School District.

After six days, a massive teachers strike in Los Angeles is officially over.

"A vast supermajority are voting yes for the agreement that we made with LAUSD, therefore ending the strike and heading back to school tomorrow," United Teachers Los Angeles President Alex Caputo-Pearl said.

And that means teachers and other employees were set to head back to class Wednesday.

Officials from both sides reached the deal Tuesday after 21 straight hours of negotiations.

The agreement includes a 6 percent raise for teachers, a gradual drop in class sizes and more support staff like counselors, librarians and nurses.