Is 'Watchmen' Coming To HBO? This Writer Is Adding To The Rumors 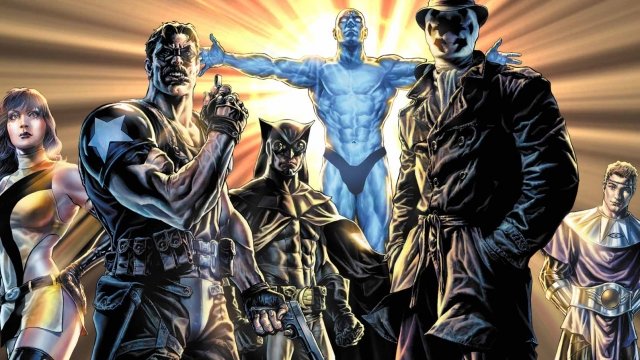 Damon Lindelof — one of the creators of "Lost" and "The Leftovers" — is attached to the rumored adaptation.

It looks like HBO might be jumping into the comic book adaptation game with a groundbreaking title: "Watchmen."

Damon Lindelof — one of the men behind "Lost" and "The Leftovers" — teased the rumored adaptation with a post on Instagram. The figure in the photo looks a lot like the one on the cover of "Watchmen" issue No. 8, but Lindelof didn't explain any further and just captioned his post with: "Day One."

The company hasn't made an official announcement confirming a "Watchmen" adaptation. But HBO Programming President Casey Bloys did allude to the project's existence in an interview with IGN.

And despite a lack of official confirmation, the news has already caused quite the ruckus among critics.

There's Another Comic Book TV Show In The Works

There's no word yet on who will voice the Merc with the Mouth.

According to DC Comics, "Watchmen" has sold more than 1 million copies. The series' omnibus edition is also the only graphic novel to make Time's list of "All-TIME 100 Novels."

Critics credit the series for subverting the superhero genre and setting a grim and gritty tone for future comic books. Dubbed by the BBC as "the moment comic books grew up," it wouldn't be surprising if HBO wanted to adapt it.

But the rumored project could come with some challenges. The film rights to "Watchmen" were first bought in the '80s. The idea of a film adaptation reportedly sparked interest in directors Terry Gilliam and Darren Aronofsky. But neither went through with it, and many called the project "unfilmable."

That was until 2009, when director Zack Snyder debuted his adaptation. Snyder's "Watchmen" received mixed reviews and heavy criticism from one of the comic's creators, Alan Moore.

Moore reportedly refused compensation for the film and wasn't even credited as a writer for it. He told the Los Angeles Times he would "be spitting venom all over" the film when it came out.

Unlike Snyder's film, Lindelof's television adaptation might not be a "literal translation" of "Watchmen." But again, neither Lindelof nor HBO has released details on the project, so we'll have to wait and see.