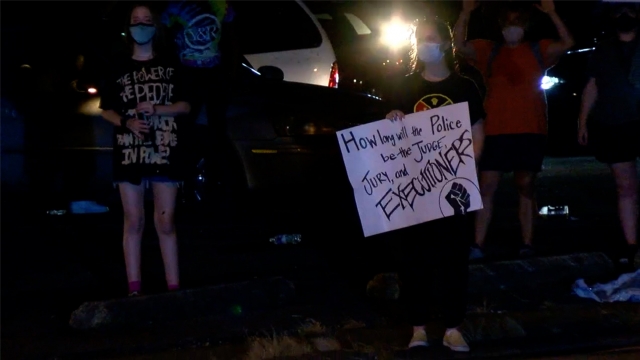 Trayford Pellerin was shot by Lafayette, Louisiana police while walking into a gas station armed with a knife.

Lafayette, Louisiana police fatally shot a 31-year-old Black man Friday night over an alleged disturbance with a knife at a convenience store. The family of victim Trayford Pellerin said he may have been having a mental health crisis.

Activists are demanding the officers be held accountable.

State police are investigating the incident. Law enforcement said four officers found Pellerin, in a store parking lot with a knife. Officers reportedly tased him as he walked away from them, but the tasers were "ineffective."

The officers followed Pellerin to a gas station where they told him to get on the ground but instead, he tried to enter the Shell station. Lafayette's mayor told reporters that police shot the man because he posed a threat to the workers inside the gas station. A bystander video recorded Pellerin as he was shot 11 times.

His mother said he had recently been in therapy for severe social anxiety and may have been frightened by the officers.

On Saturday, protests started peacefully but turned violent later in the night, with fireworks being shot at buildings and blazes being set. Police responded with flash bang explosives and arrests. Activists and police agree that the violence was started by demonstrators from out of town.