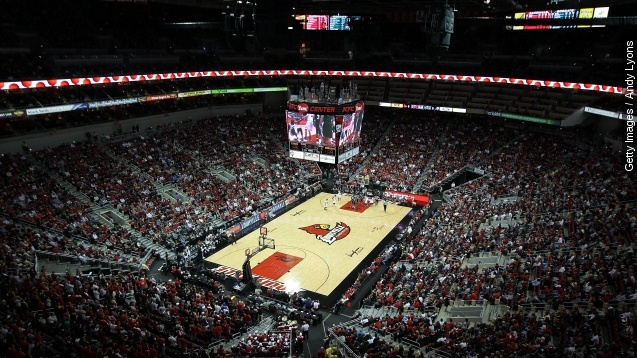 The University of Louisville is investigating claims that a former staffer paid an escort service to entertain basketball recruits.

The University of Louisville launched an investigation Friday into allegations a former basketball staffer paid thousands of dollars to an escort service to entice teenage prospects during their recruiting visits.

McGee is a former Louisville basketball player and currently an assistant basketball coach at University of Missouri-Kansas City.

"It's mind-boggling to me how all of this can go on and I read the statement that the publishing company put out and it almost got me sick to my stomach," Louisville men's basketball head coach Rick Pitino said.

Pitino told reporters the school went straight to the NCAA after learning of the allegations a month ago. He also said he'd talked to former staffers, including McGee, who all denied the allegations.

Powell told the Indianapolis Business Journal she's partly doing the book for money, but added “I decided to write the book to tell my story and to let people know what goes on inside of college basketball"

Louisville said in a statement it retained a private investigator to look into the allegations. McGee has been put on administrative leave from UMKC and has retained a lawyer.