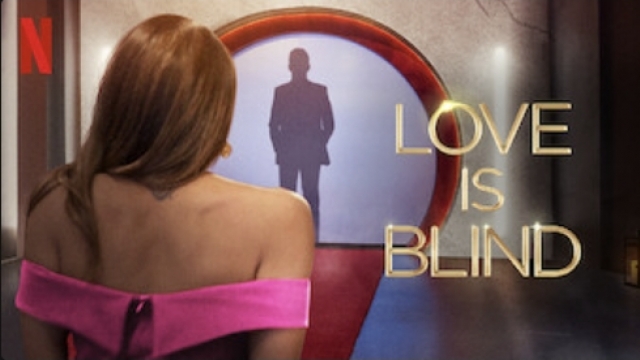 Jeremy Hartwell said basic human needs like sleep, water and food were restricted while on the show. Netflix said the claims have no merit.

When it comes to reality TV, audiences have come to expect on-screen drama and scandal. But behind the scenes, the harsh realities faced by at least one former contestant have led to a major lawsuit.

Jeremy Hartwell was a contestant on season two of Netflix's "Love Is Blind," a dating show where contestants "date" within isolation rooms — never seeing the person they're talking with.

Hartwell said he was prepared to be isolated from the world and that his phone would be taken away, but he says contestants lacked basic necessities on-set, including functioning taps for water.

"Basic human needs: sleep, water, food, even the ability to use the bathroom were seemingly restricted," Hartwell said. "We didn't have free will to be able to go and do these things whenever we wanted. After a week, I was down seven pounds."

He said one thing contestants always had access to was alcohol.

"You don't necessarily consciously realize that it's an unhealthy environment when you're in the middle of it," Hartwell said. "It's also very exciting. It's all brand new. It's like this big party. I didn't fully realize how harmful and toxic that environment was until after I got back."

Hartwell is now suing Netflix, as well as the production company Kinetic Content and the casting company Delirium TV for "inhumane working conditions" and labor-law violations.

He also accuses them of inadequately paying contestants for their work: $1,000 for a whole week of 20-hour days. If a contestant left during production, Hartwell said they were obligated to pay a penalty of $50,000.

"It was this massive mismatch between what we expected and what we were told versus how we were actually treated," Hartwell said.

The companies Kinetic Content and Delirium TV said in a statement: "There is absolutely no merit to Mr. Hartwell's allegations, and we will vigorously defend against his claims."

Netflix has not commented on the allegations, but Hartwell says his lawsuit has been supported by other reality TV contestants.

"What's been really gratifying is people from all other shows and other seasons have actively been reaching out to me once the story broke in the news," Hartwell said.

Outside of "Love is Blind," other reality TV shows have faced similar criticisms. "America's Next Top Model" reportedly paid models only $40 a day, and "Bachelor in Paradise" added on-set alcohol limitations after investigating an accusation of sexual assault.

Hartwell wants the industry to add more safety measures and oversight on-set. By speaking out, he hopes audiences learn more about the realities of reality TV.