'Moana' Proves How Far It Can Go — Even In Another Language 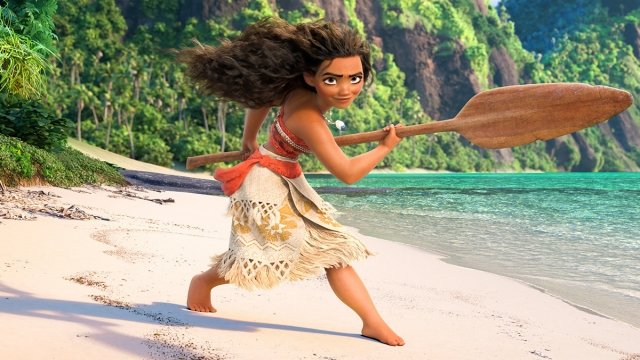 Months after it originally debuted, "Moana" is still receiving critical acclaim — but this time, in a different language.

This month, 30 theaters in New Zealand screened "Moana Reo Māori" — the Māori-translated version of the hit Disney film. Screened for free, the event reportedly sold out within 30 minutes.

The version of the film was created for "Māori Language Week," which celebrates the revival of the indigenous language. About 125,000 New Zealanders speak the language, but that's less than 1 percent of the country's population. Because of those low numbers, many worry the language could die out.

Audience members of "Moana Reo Māori" told The New York Times they had never seen a film at the theater in their language before. And because of the film's mainstream popularity, parents and teachers hoped it would inspire cultural pride in students.

Disney Called Out For Cultural Appropriation Over 'Moana' Costume

A costume for the character Maui in Disney's upcoming "Moana" movie includes a brown bodysuit with tattoos.

This is the latest effort by Disney to put the cultures used in the film front and center.

"Moana" creators John Musker and Ron Clements traveled to Polynesia for their research, establishing an "Oceanic Trust" of Polynesian people and academics to ensure "Moana" was an accurate and responsible depiction of the culture.

The film still wasn't immune to critiques from Polynesian people, but it did spark debate about the importance of cultural consciousness and representation.