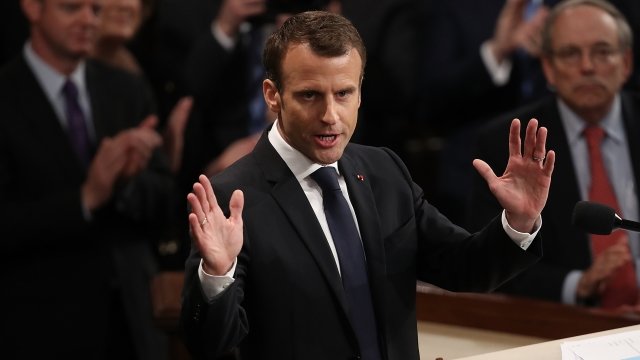 The French president said the recent controversy surrounding Facebook should serve as a reminder that regulation and privacy laws are needed.

During his address to Congress on Wednesday, French President Emmanuel Macron highlighted the Facebook hearings that took place on Capitol Hill earlier this month.

"I believe we can address our citizens' concerns regarding privacy and personal data," Macron said.

He said the recent controversy surrounding the social media giant should serve as a reminder that regulation and privacy laws are needed to control the internet.

Even if you've never signed up for Facebook, it may have a "shadow profile" about you.

"The recent Facebook hearings highlight a necessity to preserve our citizens' digital rights all over the world and protect the confidence in today's digital tools of life," Macron said.

Macron voiced a similar weariness for internet giants during an interview with Wired magazine earlier this month.

He warned that companies like Facebook and Google are getting too big to be governed and could ultimately be dismantled.