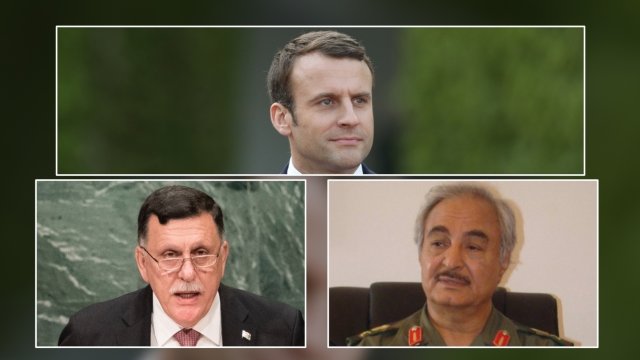 The U.N.-backed government and the Libyan National Army, its main opposition, agreed to use force against terrorists and not each other.

Leaders for the top two rival forces in Libya just met near Paris. The result: a cease-fire agreement and a diplomatic success for French President Emmanuel Macron.

Libya has been in turmoil since its former leader Muammar Gaddafi was overthrown and killed in 2011 after more than 40 years in power.

But the country has struggled to unify after Gaddafi's death.

Sarraj and his government in Tripoli have international backing, but are only supported by some of the local militias on the ground. Haftar, on the other hand, controls about two-thirds of the country.

But now the rival leaders agreed to stop fighting each other. Their joint statement said the only acceptable use of armed force was against terrorists. The two agreed that only a political solution would lead to peace and that elections would be held "as soon as possible."

The deal has gotten pushback from other factions in Libya that weren't involved in the talks. The deal also includes an agreement to integrate combatants or disband them. But there is some concern Sarraj won't be able to convince every militia to cooperate. If that doesn't happen, Haftar could call off the agreement. If he does, it could mean he intends to follow through on his plan to capture Tripoli by the end of the year.

Trump Goes To War With His Adviser On Afghanistan

A new plan from the president's national security adviser was recently thrown out.

After the meeting, Macron said, "The cause of peace has made great progress today." While Macron hosted the talks, newly appointed special representative and leader of the U.N.'s support for Libya Ghassan Salamé chaired the negotiations.