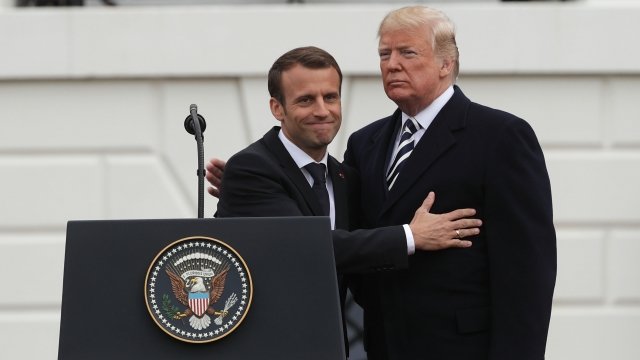 French President Emmanuel Macron has offered to add measures to the deal to get President Donald Trump to stay.

One of his goals while visiting President Donald Trump is to act as a representative for the European nations that signed the deal in 2015. German Chancellor Angela Merkel will make a similar effort when she visits later this week.

Trump says the deal doesn't go far enough to curb Iran's military endeavors. But there might be a compromise: Macron said the deal needs to stay in place but could be strengthened to include what Trump says it lacks.

Macron has offered to include additional measures that would extend the nuclear limitations on Iran past the deal's 2025 end date, curb the country's ballistic missile program and reign in its influence in the Middle East.

But that might be a tough deal to make. Trump has repeatedly threatened to back out of the deal in an effort to negotiate a stronger one. Iran, however, says it would "most likely" restart its nuclear program if the U.S. backed out of the agreement.

Trump has until May 12 to decide the fate of the deal.