US Says Kremlin Foe Bill Browder Is Allowed In After All 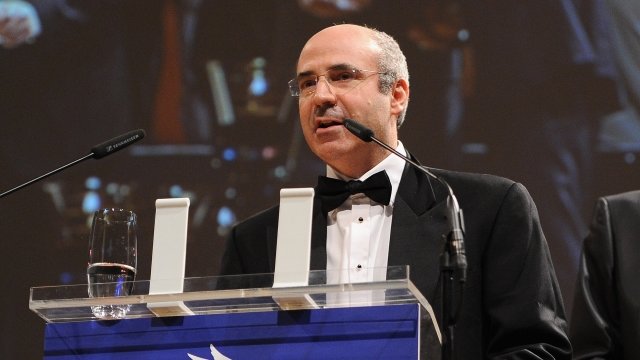 Browder, who helped push a bill of Russia sanctions through Congress, said he was blocked from entering the U.S.

After former financier and Russia sanctions advocate Bill Browder said he was blocked from traveling to the U.S., the U.S. government said he was clear to enter the country.

Browder pushed lawmakers to pass the Magnitsky Act, named for his friend Sergei Magnitsky, a Russian lawyer. Magnitsky was arrested while investigating Russian corruption and died in prison. Browder accused Russian authorities of murdering his friend.

During a Congressional hearing, Browder testified: "They put him in an isolation cell. He was chained to a bed, and eight riot guards with rubber batons beat him until he died."

Browder, a British citizen, said on Twitter his U.S. visa was revoked on the same day Russia added him to an Interpol wanted list. A Customs and Border Patrol spokesperson later said Browder's credentials were manually validated last Wednesday.

Russia has attempted to use Interpol to arrest Browder before: He was convicted of tax evasion in absentia in Russia back in 2013. But Interpol has denied those requests for being politically motivated.

Russian President Vladimir Putin's response to the Magnitsky sanctions was a ban on U.S. adoptions of Russian children. That ban has been a focal point of Russian lobbying against the Act — including the infamous Trump Tower meeting between Donald Trump Jr. and a group of Russian agents.

Before the U.S. government's statement, Sens. John McCain and Ben Cardin called on the Department of Homeland Security to quickly review Browder's suspension.