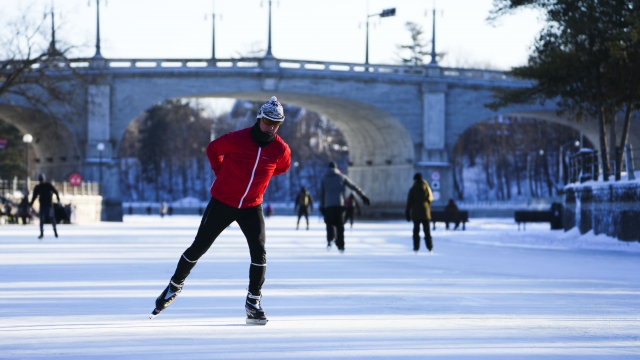 The fast-moving storm will dump snow and ice over eastern parts of the country.

A major winter storm is starting to push south from Canada and will cause big problems for millions of Americans all weekend.

The fast moving winter storm is going to dump a lot of snow and some ice over a large portion of the eastern part of the country.

The storm will be dumping up to eight inches of snow in downtown Fargo, North Dakota, and it's also packing strong winds, bringing near white-out conditions.

But the system is moving south over Iowa, where the state could get nearly a foot of snow. By Friday night, St. Louis will see heavy snow.

The system will be over Tennessee and Kentucky by Saturday morning, with a significant ice storm in the western Carolinas by night.

From Charlotte to Columbia and northern Georgia - including Atlanta - will see a wintry mix, and then it heads up the east coast toward New York.

The roads will be icy across most of the south and east for the next few days.

In Kentucky, road crews are getting salt ready and will pre-treating the roads before the weekend storm. Last week, a snow storm moved through causing more than 100 pile ups in the state and back-ups for hours.

Experts say if you can stay off the roads this weekend, stay home. But if you have to drive, drive slow, and make sure you have your winter survival kit in your car - food, water, blankets, flashlights and a shovel.