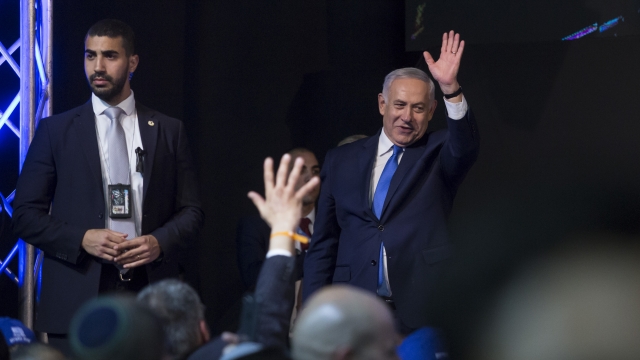 Members of the Knesset said Tuesday that they want Benjamin Netanyahu to form a government.

Israeli law says the president has to pick a party leader who he thinks can successfully form a government within a specific time frame. Rivlin has said he'll announce his pick on Wednesday.

Netanyahu has already said he wants to create a coalition with five far-right, right-wing and ultra-Orthodox Jewish parties, which would bring the Likud-led government up to 65 seats. Netanyahu's current administration only has 61.

But he's facing corruption allegations, and according to The Washington Post, he wants a coalition that will have his back if indictments proceed. Representatives from those five parties have expressed support for him to the president.

In February, Israel's attorney general said he planned to formally charge Netanyahu in three corruption cases involving allegations of bribery and fraud. Netanyahu has denied any wrongdoing. If he's charged, he'll have the option to argue against any charges at a pretrial hearing.