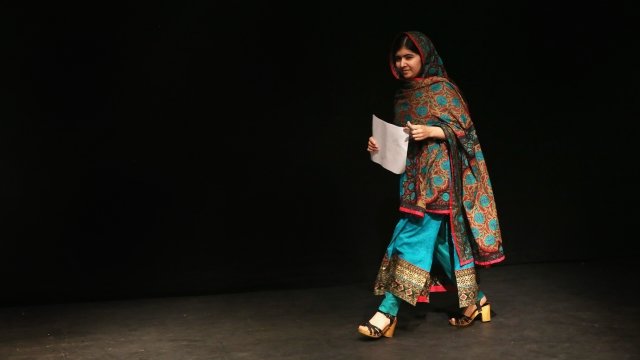 This is just a sliver of what she's accomplished since she survived being shot by the Taliban in 2012.

Malala Yousafzai just went back to Pakistan for the first time since the Taliban shot her 2012. And she's been busy in those six years since. Here are some of her most notable achievements.

In 2013, she launched the Malala Fund with her dad. The organization promotes education for girls. That same year, her autobiography, "I Am Malala," was released. It details her recovery after the shooting.

In 2014, Yousafzai was awarded a Nobel Peace Prize for her "struggle against the suppression of children." She scored a Grammy the next year for her audiobook version of "I Am Malala."

She's only the sixth person to receive honorary Canadian citizenship.

In 2017, Yousafzai became the youngest person to become a United Nations Messenger of Peace. She announced her acceptance to the University of Oxford later that year.

In between these notable achievements, we've also learned she enjoys card tricks. She and Emma Watson really hit it off. And she's not a fan of tacos or pizza.

That's, of course, just a sliver of what she's been up to. Yeah, we're feeling underwhelmed about our accomplishments, too.