Malala Yousafzai Is The Latest To Bash Trump's Anti-Muslim Rhetoric 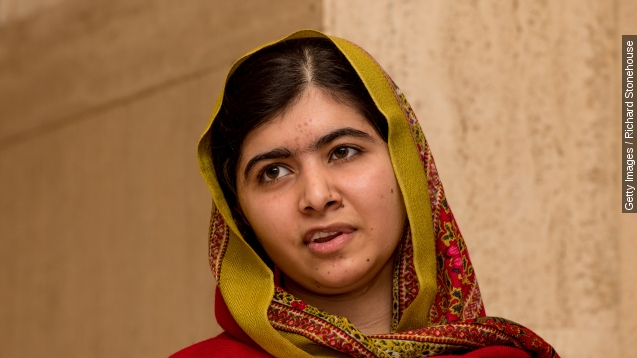 The human rights activist has slammed Donald Trump's plan to halt all Muslims from entering the U.S. saying it would breed more extremists.

The civil rights activist said Trump’s suggestions to ban all Muslims from entering the U.S. and increase surveillance on mosques were "full of hatred." (Video via Fox Searchlight)

The teen added anti-Islamic rhetoric is more than just unfair. Yousafzai thinks it could prod some violent radicalism.

She told the U.K.’s Channel 4: "The more you speak about Islam and against all Muslims, the more terrorists we create. … If your intention is to stop terrorism, do not try to blame the whole population of Muslims for it because it cannot stop terrorism."

It's hardly surprising the young Muslim activist would take umbrage at Trump's ideas, but his sentiments are apparently wearing thin even among his fellow GOP presidential candidates.

"Look, this is not a serious proposal. In fact, it will push the Muslim world, the Arab world away from us at a time when we need to re-engage with them to be able to create a strategy to destroy ISIS," Jeb Bush said during the fifth GOP primary debate.