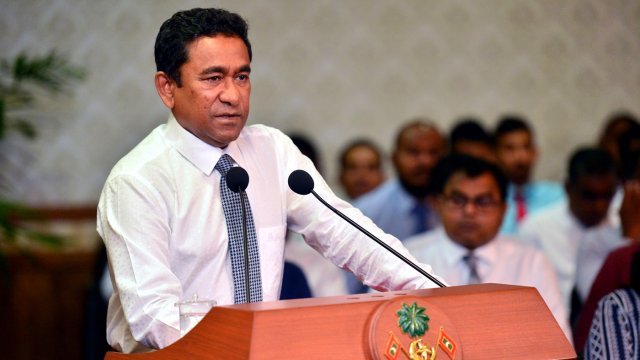 Office of the Maldivan President

The Maldives is in political turmoil, and the country's president has declared a 15-day state of emergency giving him more power to detain people.

Under the initiative, the Indian government would cover about $7,800 in annual health care costs for 100 million poor families.

The Maldives is primarily known as a tourist destination in the Indian Ocean; it only recently adopted multiparty democracy. Yameen's rule has largely been viewed as eroding the country's nascent democratic institutions.

Former Maldivian President Mohamed Nasheed, who's currently in exile, has called on nearby India and the U.S. to intervene in the crisis.