Mali's President Resigns After Being Detained By Military 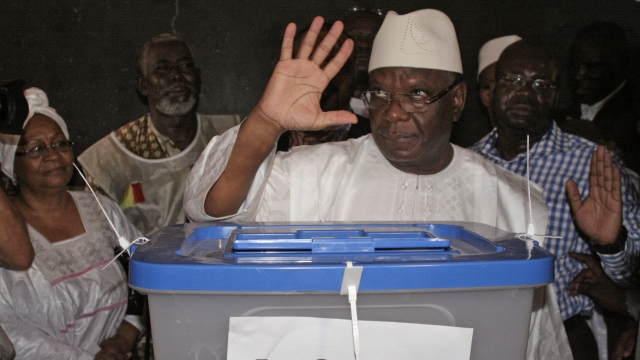 President Ibrahim Boubacar Keïta said he is stepping down because he does "not wish blood to be shed."

Mali's president announced his resignation on state TV Tuesday, just hours after he and the prime minister were detained by members of the military.

The president said he is stepping down because he does "not wish blood to be shed." He also dissolved the national assembly.

Protests against the country's government have been going on for months. The president was believed to have widespread backing among high-ranking military officials before this. He's also enjoyed broad support from France and other Western allies.

It's still unclear if the military group — dubbed the National Committee for the Salvation of People — has taken control of the country. The group has promised elections for a new government within a "reasonable time." Many African and European countries have denounced any military coup in the country.

This marks a reversal of fortune for Mali's president, who just seven years ago won the country's first democratic post-coup election in a landslide.