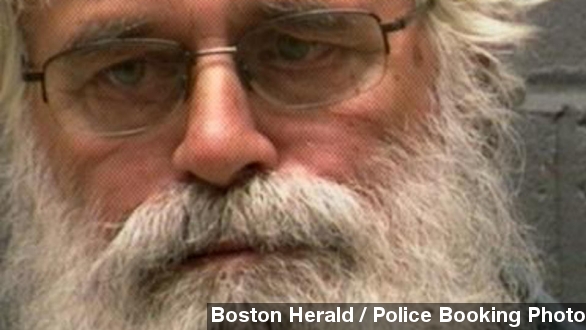 A mall santa in Massachusetts is accused of pinching a co-worker's backside.

A mall Santa in Massachusetts definitely made the naughty list after this incident.

"He is facing an assault charge after being accused of pinching a female coworker's backside." (Via WBFF)

Sixty-two-year-old Herbert Jones was arrested Saturday after he allegedly groped an 18-year-old woman who was playing an elf at the Hanover mall's Santa display where he works. (Via NECN)

The woman told police the assault happened as she walked by Jones seated in the Santa chair, which Jones has denied. She told officers Jones also said he "wished he was younger." (Via WBOC)

"The whole thing is completely creepy. I mean, what else is he doing when people aren't looking?" (Via WRGB)

Well, apparently giving reporters from WBZ-TV the finger as he pulls out of his driveway is just one of those things. (Via WBZ-TV)

"We have been made aware that an allegation of improper conduct has been lodged against the person portraying Santa at Hanover Mall... a comprehensive background report had been completed on the individual portraying Santa. The report indicates that he is clear of any prior arrests or convictions." (Via Boston Herald)

Prosecutors chargedd Jones with indecent assault and battery on a person over 14. He was arraigned Monday and will, perhaps fittingly, be back in court Christmas Eve.