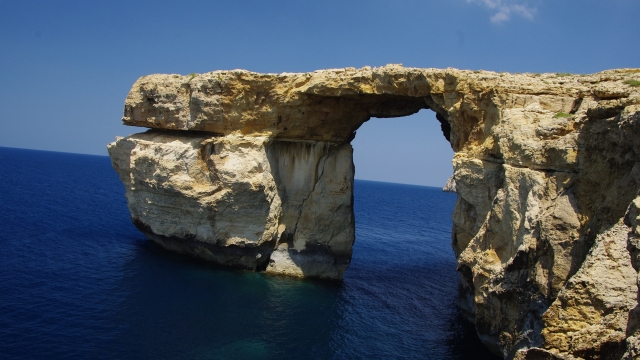 The country of Malta is in mourning after one of its most famous landmarks collapsed.

One of the most famous landmarks in the Mediterranean has collapsed into the sea.

According to several reports, the Azure Window in Malta disappeared after a heavy storm.

The iconic limestone arch served as a beautiful backdrop in several movies and TV shows, including "Game of Thrones."

A study claims the rise in sea levels in 2,000 years will put some populations below sea level — affecting cultural sites along coastlines.

And people are very sad to see it go, including Malta's prime minister, Joseph Muscat. He called the news "heartbreaking."

According to the Times of Malta, a 2013 study said erosion to the landmark was inevitable. But at the time, it wasn't in immediate danger of collapsing.

And last year, the government made walking across the natural bridge a crime.