Man Discovered He Had Cancer Thanks To A Shark Collision 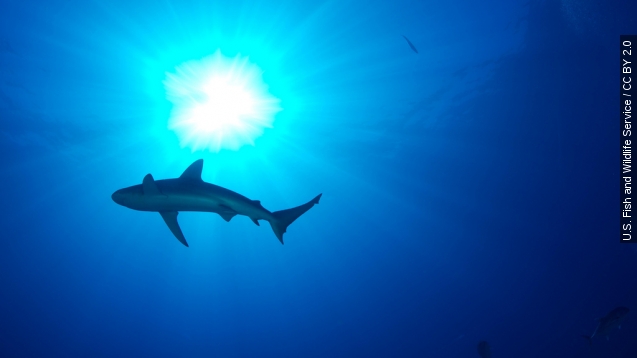 Eugene Finney went to the hospital after bumping into a shark off the coast of Huntington Beach, California. His doctors discovered he had a tumor.

Now, here's something you've probably never heard: A Massachusetts man says his life was saved because of a shark.

It was back in July when 39-year-old Eugene Finney and his family were vacationing on Huntington Beach in California. While in the water, Finney collided with a shark.

"I really have no idea what happened, but I knew something big hit me and I was pretty much instantly in pain. I could feel the heat on my back," Finney told WHDH.

Finney told The Boston Globe he hadn't even realized he was hit by a shark until a few days later when he saw news stories saying swimming had been banned at Huntington Beach because a shark had bumped into a surfer.

Once back home in Massachusetts, Finney went to St. Elizabeth's Medical Center because he was still experiencing pain. There, doctors discovered Finney had a tumor on his right kidney.

"If this hadn't happened with the shark causing me to go in with this chest pain, I would've never known about this cancer," Finney told WBZ-TV.

Thankfully, Finney's doctors caught the tumor in its early stages and were able to successfully remove it in September. WBZ-TV reported Finney is not expected to need chemotherapy.