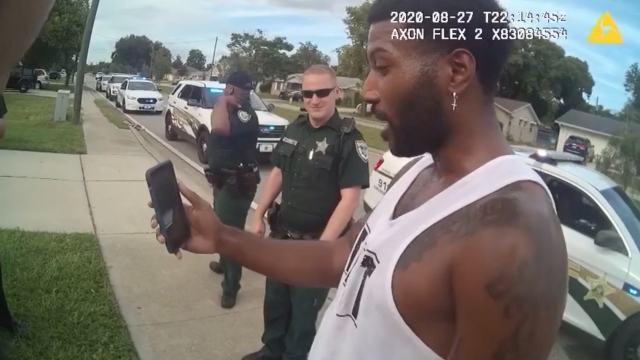 Joseph Griffin was stopped by Volusia County deputies because he fit the description of a burglary suspect.

A Black man in Florida has been offered a job by the same sheriff's office that detained him while jogging in a predominantly white neighborhood because he matched the description of a burglary suspect.

"You're not in any trouble or anything. There was a burglary that happened. You kind of fit the description. Let me just make sure you're not him," said an officer.

He began livestreaming his arrest on Facebook while being handcuffed by police, and calmly explained he was innocent.

The Volusia County sheriff called it a teachable moment, noting he knew the office may be criticized because of how the incident looked on video. Over the last several months, protests around the world have put a spotlight on violent, and sometimes deadly, police interactions as well as how to move forward.

The sheriff said Griffin has served in the military and worked in the medical field. Griffin has agreed to help train officers in how to de-escalate confrontations like this one on a part-time basis starting in October.