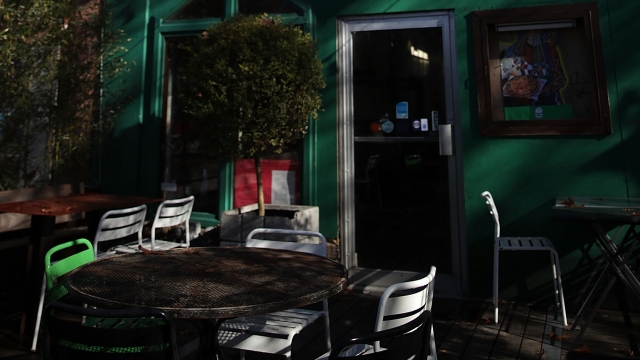 The man told police he wanted to "self-investigate" the so-called "Pizzagate" situation.

The consequences of fake news stories are no longer part of a hypothetical discussion. An armed man targeted a Washington, D.C., pizza restaurant all because of a false, politically charged story.

"It's deeply troubling that some of those false reports could lead to violence," White House Press Secretary Josh Earnest said during a press briefing Monday.

SEE MORE: Don't Be Fooled By Fake News On Facebook

On Sunday, a man with two firearms walked into this pizza restaurant and fired his weapon. Luckily, no one was injured.

The suspect later told police he was there to investigate "Pizzagate."

That hashtag is the result of a false online story that claimed Hillary Clinton and her campaign chairman John Podesta were running a child sex trafficking ring out of Comet Ping Pong. The writers of the fake story reference "private investigators," who claimed they discovered this criminal activity in the Podesta emails published by WikiLeaks.

SEE MORE: Facebook Is Trying To Curb The Spread Of Fake News

Even after it was debunked, the conspiracy continued to spread on social media sites.

Before Sunday's incident, the restaurant and other nearby businesses had reportedly reached out to law enforcement agencies after receiving threats.

President-elect Donald Trump has been drawn into the story. The son of Trump's national security adviser pick, retired U.S. Army Lt. Gen. Michael Flynn, tweeted after the incident, "Until #Pizzagate proven to be false, it'll remain a story. The left seems to forget #PodestaEmails and the many 'coincidences' tied to it."

Both the general and his son have been criticized for sharing false news on social media.

Update: A previous version of our story included language that could be seen as trivializing this serious issue. The story has been revised.