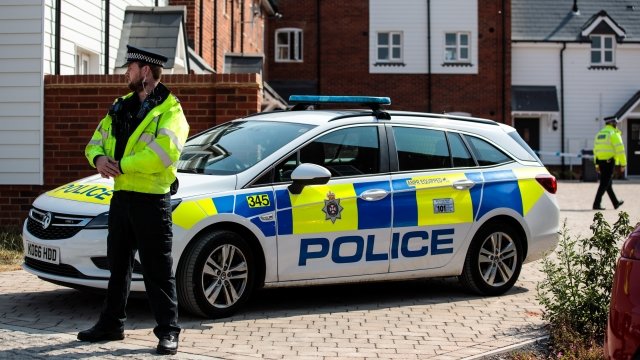 The UK man who fell ill after novichok exposure has regained consciousness, but the hospital remains cautious about his recovery.

The U.K. man who fell ill after being exposed to the deadly nerve agent novichok is now conscious, according to Salisbury District Hospital.

Charlie Rowley is showing signs of "small but significant improvement," but hospital officials were quick to point out, "we are not out of the woods yet."

The news comes after the death of Dawn Sturgess, who was with Rowley at the time of the novichok exposure late last month. Novichok is the same type of toxin used in the poisoning of former spy Sergei Skripal and his daughter Yulia in a nearby town earlier this year.

British police have launched a murder investigation into Sturgess' death, searching for a contaminated object both she and Rowley came into contact with. Authorities and U.K. health officials have advised residents not to pick up any unknown or discarded items.

In March, British Prime Minister Theresa May accused Russia of being behind the novichok poisoning of the Skripals, which Russia denied. Scotland Yard said Monday that investigators haven't determined whether the nerve agent used in the first attack is linked to the second incident.