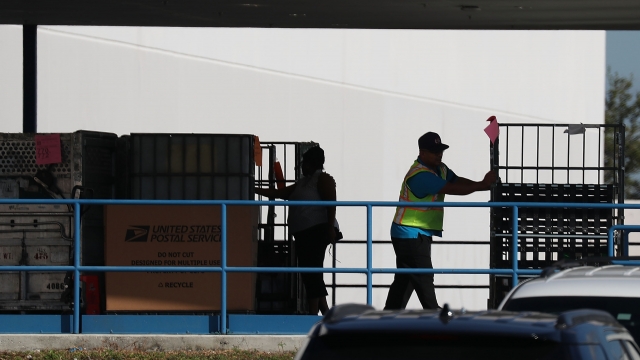 Cesar Sayoc was sentenced Monday for sending over a dozen homemade bombs to high-profile critics of President Donald Trump.

The Florida man who pleaded guilty to mailing pipe bombs to prominent Democrats and CNN offices was sentenced Monday to 20 years in prison.

Earlier this year, Cesar Sayoc pleaded guilty to 65 felony counts, including using weapons of mass destruction and the illegal mailing of explosives with intent to kill or injure. Sayoc had sent over a dozen homemade bombs late last year to several high-profile critics of President Donald Trump, including Hillary Clinton, former President Barack Obama and actor Robert De Niro. None of the devices exploded, and authorities arrested Sayoc less than a week after the first bomb was found. According to federal investigators, the bombs didn't have a mechanism to trigger an explosion and "would not have functioned as designed."

Sayoc apologized prior to his sentencing, saying: "Now that I am a sober man, I know that I was a very sick man. I wish more than anything I could turn back time and take back what I did. I am so very sorry to all the victims ... I will be apologizing to them for the rest of my life."