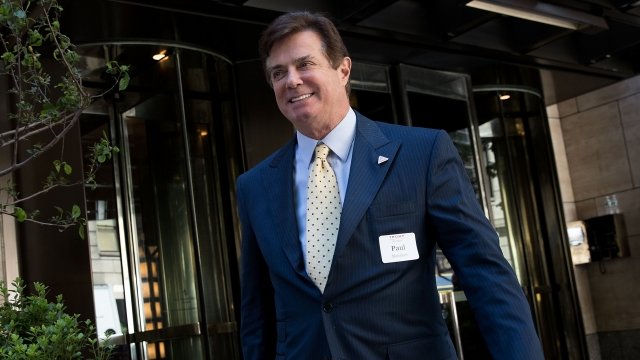 It comes just a month after the FBI raided one of Manafort's homes.

Paul Manafort, President Donald Trump's former campaign chair, is quickly becoming a key figure in the Russia investigation. And some say Manafort's recent change of law firms suggests that, if he wasn't already, he might be getting more concerned.

The switch comes just as Robert Mueller, the special counsel for the Russia investigation, has started to peek into Manafort's financial dealings and investments, and after an FBI raid at one of Manfort's homes. The search warrant involved was related to banking and tax documents and was conducted the same day Manafort was scheduled to testify to the Senate intelligence committee.

Manafort did provide information and documents to those with the Russia investigation, but the raid does suggest the special counsel doesn't trust him to turn over everything. Manafort has already given about 300 documents to Congress. He's also reportedly the one who revealed the meeting between him, Donald Trump Jr., Jared Kushner and a Russian lawyer who claimed she had info that could hurt Hillary Clinton's campaign.

Manafort has long had Russian connections; before he ran the Trump campaign, he dealt with a lot of pro-Russian oligarchs and politicians. Those relationships were the catalyst for him leaving Trump's team. He also failed to register as a foreign agent for his work with pro-Russian Ukrainians until recently.

Investigating Manafort's money might just be small potatoes for Mueller. The probe could give Mueller leverage on Manafort and make him a more cooperative witness in the overall investigation into the Trump campaign. For its part, the Trump administration, including the president, has been working for months to distance itself from Manafort.