Over Half Of FEMA's Hurricane Maria Responders Were 'Unqualified' 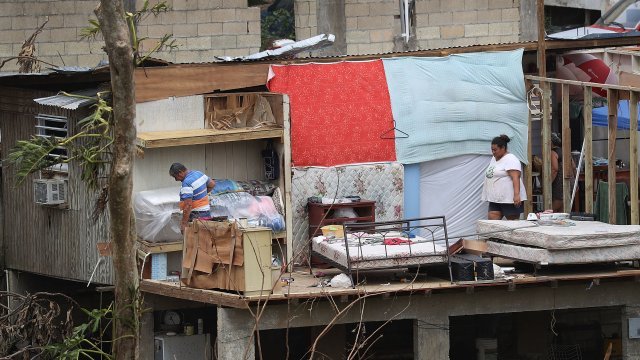 They weren't qualified for the positions they were assigned to by FEMA's own standards.

The Government Accountability Office published a report Tuesday that said FEMA's response to Hurricane Maria was complicated by multiple issues — including, its deployment of unqualified responders.

Hurricane Maria struck Puerto Rico in September 2017. The report says by October, "54 percent of staff were serving in a capacity in which they did not hold the title of 'Qualified.' "

Hurricanes Maria, Irma, Harvey and the California wildfires, created an "unprecedented" demand for resources. It was so bad, the GAO director of emergency management issues said, "by the time Maria hit Puerto Rico, they were down to the bottom of the barrel."

Puerto Rico's distance from the mainland caused logistical problems in providing and distributing aid. The report also pointed out a lack of bilingual workers. That caused delays while the agency shuffled staff members from other disasters to Puerto Rico.

FEMA efforts in Puerto Rico were the largest and longest single response in the agency's history.