An AED saved Damar Hamlin's life, but is your child's school ready? 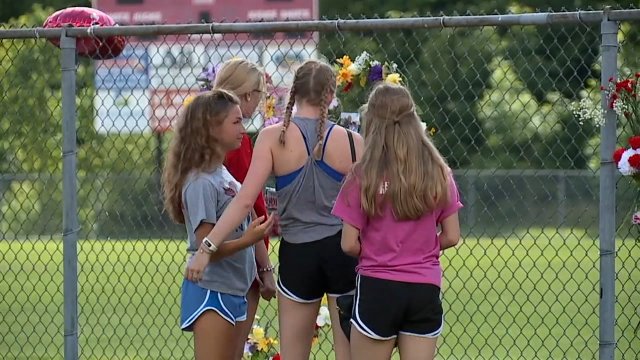 A Scripps News investigation found though your school may have the equipment it needs to save a life, don’t count on staff to be ready to use it.

High school sophomore Matthew Mangine Jr. collapsed to the ground in June 2020, after his heart suddenly stopped beating during a practice with his soccer team in Kentucky. Sitting nearby was an automated external defibrillator, or AED — the device NFL medical teams raced to use earlier this month to help restart Buffalo Bills safety Damar Hamlin’s heart.

They both suffered cardiac arrests — Hamlin, during Monday Night Football at Paycor Stadium in Cincinnati, and Matthew, just 10 miles south at St. Henry District High School in Kentucky. Today, Hamlin is out of the hospital and even made an appearance on the sideline at the Bills’ most recent game. Matthew died at the hospital about an hour after he collapsed.

"There were five AEDs at the school that night and one wasn't brought to him," Matthew’s father Matt Mangine said.

One of the devices sat, unused, just 250 feet away, according to Matthew’s father.

"His initial shock came from EMS after they arrived roughly 12 minutes after he was down," he said.

In the last two decades, more and more schools have hung AEDs on the wall and brought them to athletic practices. But a Scripps News investigation found an alarming number of sudden cardiac arrests in schools in which no AED was applied in the precious minutes before emergency crews arrived. Even when AEDs were nearby, we found cases of kids still dying after the devices went unused.

Scripps News analyzed the most recent three years of national data detailing EMS runs to U.S. schools and examined over 1,000 cases of sudden cardiac arrests. We discovered that in about 40% of cases, no AED was used before help arrived. 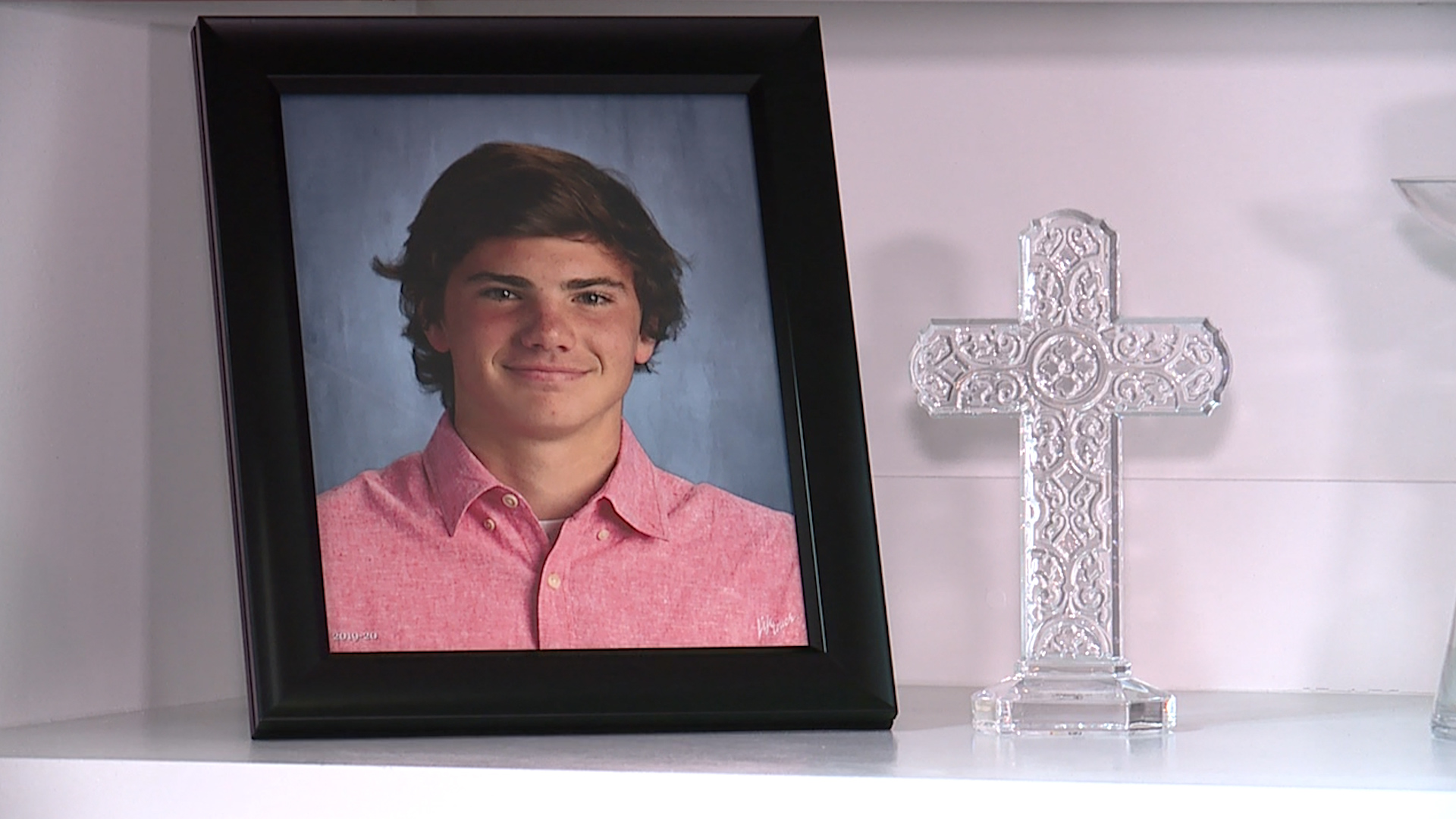 4 out of 5 teens don’t survive

The sudden loss of heart function is understudied in young people, but medical experts estimate it may strike between 2,000 and 7,000 kids every year in this country. Most don’t survive. When it happens outside a hospital, nearly 4 out of 5 teens die, according to data on 13- to 17-year-olds published in the Journal of the American Heart Association.

Medical experts said that number could be dramatically improved if schools were more intentional about their use of AEDs. The devices, which can cost under $1,400, are designed to walk bystanders and non-medically trained people through every step. They will not fire a shock if they do not detect a problem in the heart. Experts say for the best chances of survival, AEDs should be applied within three to five minutes or sooner. When the difference between life and death is that short, it’s often too late to wait for an ambulance to arrive.

In January of this year, the Mangine family and St. Henry District High reached a settlement in a wrongful death lawsuit. The school’s lawyer, Kevin Hoskins, did not respond to emailed requests for comment.

Since the death of their son, Matthew’s parents have launched a foundation that funds AEDs for schools and youth sports clubs, and trains staff in how to use them. The Mangines are attempting to fill a gap in Kentucky law, which neither requires schools to have AEDs nor mandates regular drills on how to use them during a cardiac emergency.

"You know, schools, programs practice tornado and fire drills all the time. Why can't this be something that's practiced regularly?" said Kim Mangine.

"State legislators and high school athletic associations need to do better," said Kevin Murphy, the Mangines' attorney. "No parent should drop their kid off at a sporting event and not see them again."

Only a handful of states mandate AED drills by law

Since a response to a cardiac emergency must be so swift, experts say rehearsing is critical. Beyond that, they say drills highlight what a school may be lacking when it comes to mounting a proper response. For example, administrators might realize that during football practice after school, the AED is actually locked in a cabinet near the principal’s office, or that the one AED they have is 10 minutes across campus.

Scripps News studied AED laws nationwide using the AED Law Center Database from Readiness Systems and found 31 states where AEDs are still not required at schools. Only five states have laws mandating schools do some type of regular AED drill.

"Michael’s Law" was passed in Massachusetts in 2012 in memory of Michael T. Ellsessar, who at 16 years old died suddenly of cardiac arrest during a high school football game. He was not immediately treated with an AED after collapsing. The law requires schools practice their cardiac response "at the beginning of each school year and periodically throughout the year and evaluate and modify the plan as necessary."

"I think legislation is necessary. I think there are so many competing priorities for our school administrators and our school nurses," said Angel Carter, a nurse at Monroe Carell Jr. Children’s Hospital at Vanderbilt and a local coordinator for Project ADAM, a national coalition of dozens of children's hospitals working to train schools on how they can save more lives during cardiac emergencies.

She saw the difference in Tennessee when a similar law was passed there in 2017. All junior or senior public high schools there must conduct AED drills.

"It appears to have been the main reason why our schools are doing AED drills," she said. "Prior to the legislation, not many were."

'Just having the AED is not enough'

"When you really sort of dumb it down, you just need someone to recognize that it's cardiac arrest, call 911, start chest compressions and use an AED," said Dr. Jonathan Drezner, Director of the University of Washington School of Medicine’s Center for Sports Cardiology.

Drezner, who also serves as a physician for the NFL’s Seattle Seahawks, has conducted his own research, which he says shows about 1 in 73 high schools can expect a sudden cardiac arrest on campus each year.

He says beyond having an AED on site, schools need to both drill on their use and create a maintenance plan to ensure their batteries and other parts are regularly checked.

"Just having the AED is not enough. And so sometimes schools will get them and they'll forget about it."

When used early, the data shows these devices work. Researchers found a 100% survival rate for marathon runners in Japan who were treated with an AED after going into sudden cardiac arrest. The key – the AED was often applied in less than two and a half minutes. 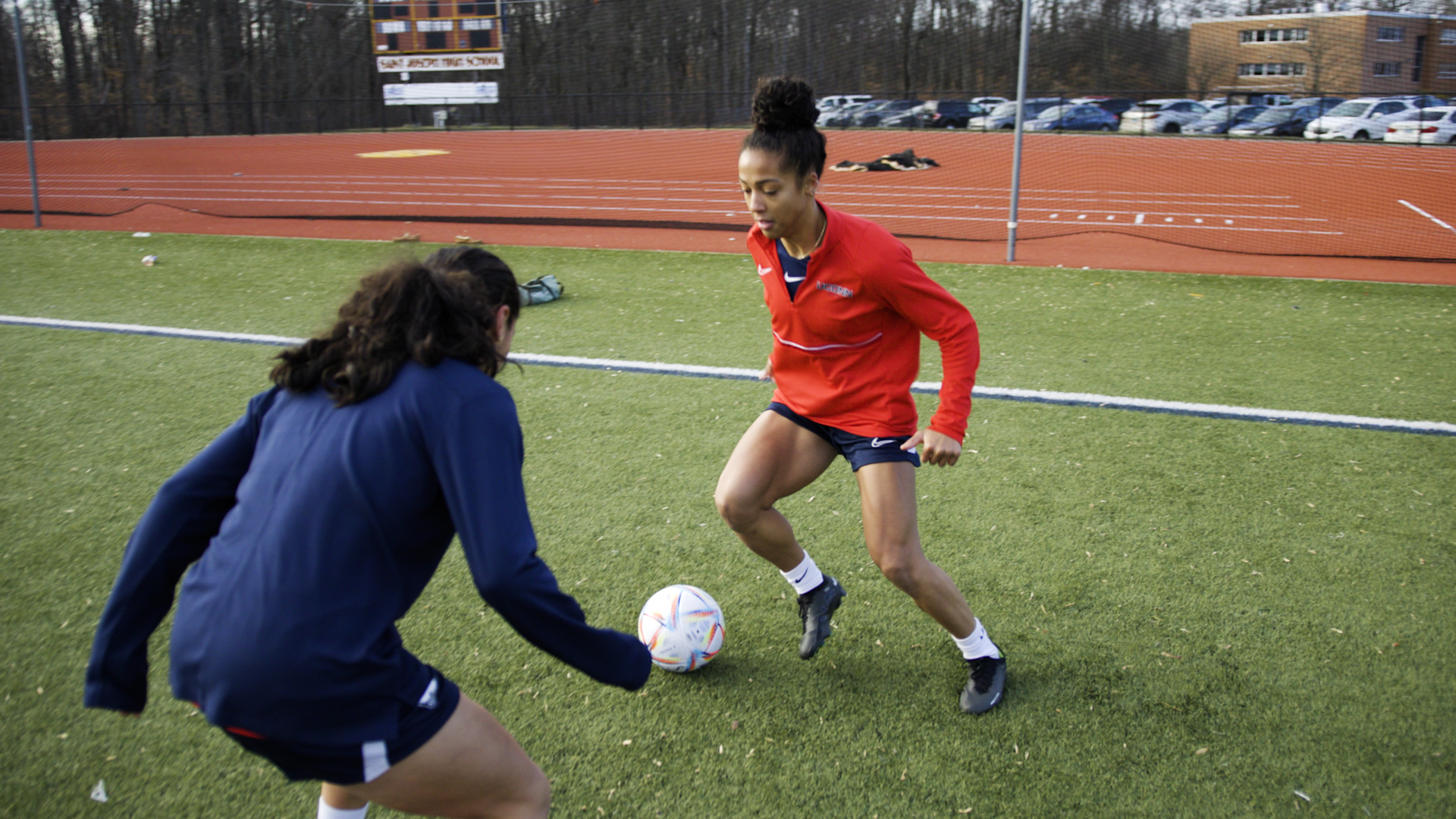 When a drill becomes real-life

It would be hard to find anyone who understands the true importance of AED drills more than Laci Lewis, a 19-year-old sophomore on the University of Connecticut’s soccer team. Five years ago, as just a freshman in high school, the intense competitor nearly lost her life when she went into cardiac arrest during a practice.

After emerging from a coma and recovering from open heart surgery, she was cleared to play sports again. Then, the unimaginable happened.

Lewis had just finished back-to-back basketball games her freshman year when a teammate noticed something was off.

The other team’s trainer at the time, Michael Dias, recognized the signs of cardiac arrest right away and called for the courtside AED.

He said from the time Lewis collapsed to the time he had an AED on her chest was under one minute. And after the device recognized an irregular rhythm, it administered two shocks.

Laci Lewis was back.

"Immediately you could just hear — you took that breath, and we knew you had a heartbeat," he told Lewis, as the two met earlier this month in the same Connecticut gym where she nearly died.

"Their response was so fast, and that’s the difference." Lewis said. "The time it took the ambulance to get to me, it would’ve been too late."

It turns out, Dias had rehearsed what to do in a cardiac emergency for years.

The American Academy of Pediatrics recommends all children, including non-athletes, be screened at least every three years for heart conditions that could lead to cardiac arrests. For more information about what to discuss with your child's pediatrician, click here.

You can email Mark.Greenblatt@Scripps.com and Carrie.Cochran@Scripps.com with questions about this story or other tips for a new investigation.